You are here: Home / Personal / Elizabeth Warren’s plan for victory

DRAFT!  FEEDBACK WELCOME!
Please do not forward!
See the updated version on Medium 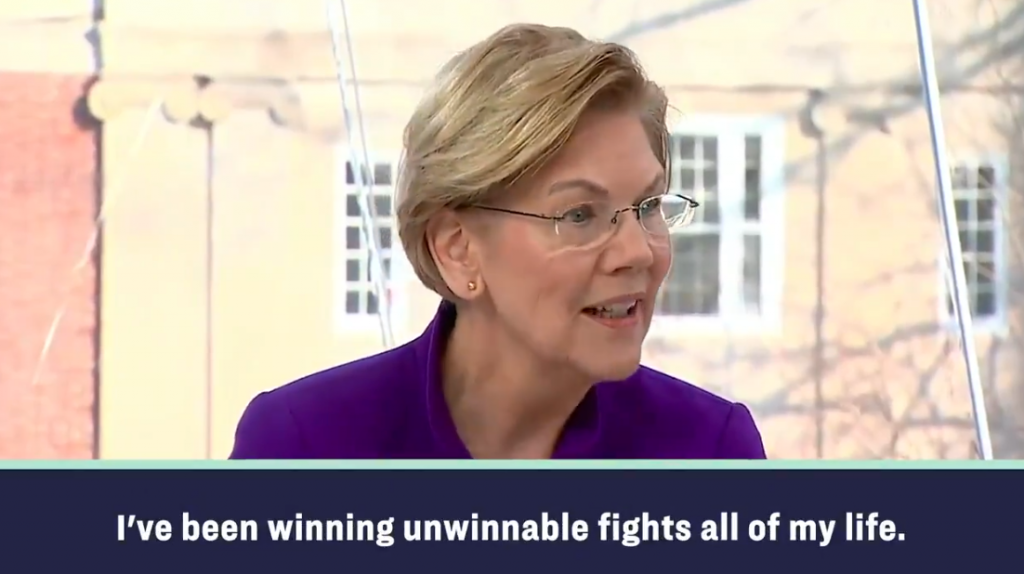 It’s still very early days in the Democratic primary season, with only a handful of delegates selected, but there’s already a narrative emerging in mainstream coverage.  Pete and Bernie are buoyed by their good results in Iowa and duelling it out in New Hampshire.  Joe took a gut punch but is trying to fight back and avoid another humiliating fourth-place finish.   And if nobody runs away in New Hampshire, that opens up more of an opportunity for Mike and his unlimited budget.

But while the punditry is currently focusing on who will win in the next contest in a small  mostly-white state … they’re missing the real story.

George Stephanopoulos: No one has ever gotten the nomination if they don’t crack the top two in Iowa or New Hampshire.

Elizabeth Warren: Look, the way I see this is it’s going to be a long campaign … we’ve built a campaign to go the distance.

Elizabeth’s Warren plan for how to win the nomination is to position herself as the candidate who can appeal to the different factions within a divided party.  And her strategy’s working:

Of course, it’s far from a sure thing.   The Sanders campaign has a lot of great organizers (and youth support is also overlooked by pundits), so it’s certainly possible that their momentum will continue to build enough to wrap things up before the convention.  The impact of Bloomberg’s unprecedented spending is very hard to predict.  And the media’s bias against women candidates, and the big advantage so many of the guys have in fundraising, are certainly additional challenges for Warren.

Nevertheless, she’s persisting.  And she’s also got a lot of advantages that aren’t getting as much attention as they should:

So it’ll be interesting  to see how things play out.   We’ll start to know a lot more after Super Tuesday but the convention’s a loooong way away.  Still, Warren’s plan is clear  … and things certainly seem to be going in the direction she’s hoping for.

Everyone thinks they know what fights are unwinnable, until we get in the fight, persist—and win. That’s what I’m going to do.

Image credit: From ABC’s This Week, via Elizabeth Warren on Twitter.