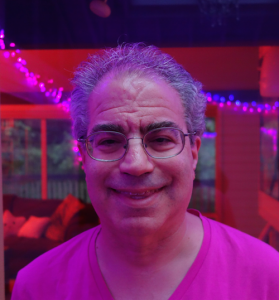 I’m a software engineer / entrepreneur / strategist and activist who focuses on justice, equity, diversity, inclusion, and intersectionality.  My current software project is The Nexus Today, an anti-oppressive news aggregator.   I also consult for and advise tech companies on software engineering, technology, and security.

For the last fifteen years, my research focus has been on re-imagining computer science as a social science.   Sex, pleasure, and diversity-friendly software: the article the ACM wouldn’t publish gives an overview of work combining an intersectional diversity perspective with classic software engineering approaches – and the institutional barriers this kind of work tends to encounter.   Diversity-friendly software and strategy (from TechInclusion Seattle) is a short overview with links out to more.    The 2017 SXSW presentation, with Shireen Mitchell, goes into detail.

With my activist and organizer hats on, I’m one of the leaders of Indivisible Plus Washington, a 20,000+-person anti-racist non-partisan  progressive statewide group.  A bad day for a bad privacy bill, a good day for privacy, Significant progress, although still a ways to go, and Washington says NO! to bad Washington State Privacy Legislation (from 2020) highlight how mostly-white progressive groups like Indivisible can follow the lead of diverse, community-led organizations and help contribute to a significant victory.   Current projects include privacy and civil liberties activism at the local, state, and national level; a focus on disinformation (working with Shireen Mitchell of Stop Online Violence Against Women); and voter mobilization.

I’ve also written and spoken extensively about activism.  Grassroots activism is hard.  Can open source help? (from Open Source Bridge 2017),  Intersectional Inclusion: Perspectives from the Resistance Manual (a 2017 interview with Aditi Juneja), Cognitive evolution and revolution (from the opening plenary at Politics Online 2009), and Social network activism and the future of civil liberties (originally published on Pam’s House Blend) are good starting places .  The Writings on activism page on Liminal States has a lot more links.

You can reach me by email (my first name at this domain), or social networks including Dreamwidth, Mastodon, Twitter, Diaspora *, Facebook,  LinkedIn, and a bunch of others that I’ve forgotten the passwords to.

What can Diaspora learn about security from Microsoft (blog post), Blue Hat, 2010

Graceless Degradation, Measurement, and Other Challenges in Security and Privacy, invited talk, ICSE 2004

Steering the Pyramids: Tools, Technology, and Process in Engineering at Microsoft,  keynote, ICSM 2002

Analysis is necessary but by no means sufficient (slides), invited talk, ISSTA 2000