You are here: Home / Activism / Where are Black Women’s Voices in the Rolling Stone “Russian Troll” Story?

It’s great to see the recent surge of media interest on disinformation and the 2020 election. Errin Haines’ Manipulation Machines and Whitney Phillips’ The Toxins We Carry are two good examples.  Disappointingly, a recent Rolling Stone story with a clickbait headline has gotten a lot more exposure so far than either of these: over 60,000 shares on Facebook.  While the article makes some good points, it also has some major problems — starting with a complete erasure of Black women.

‘‘Erasure’’ refers to the ways the media (and more generally society) ignores the existence and contribution of some people and groups. Moya Bailey and Trudy (aka @thetrudz) give an example in On misogynoir: citation, erasure, and plagiarism: despite coining the term misogynoir, and writing about it for years they experience, to varying degrees,

our contributions being erased, our writing not cited, or our words plagiarized by people who find the word compelling.

Another example: the Rolling Stone article doesn’t quote, cite, or even mention any Black women — even though it focuses on disinformation campaigns involving fake accounts claiming to be Black women, a topic that (rather unsurprisingly) Black women have been dealing with and developing expertise in for a very long time.

As a result, the article ignores techniques that Black women have successfully used to identify and combat this kind of disinformation.  Instead, the Rolling Stone article presents a recommendation with obvious flaws: it won’t work to reduce Russian disinformation, and it’s harmful to Black women.

Erasure of Black women is far too common, on this topic and many others.   So before we delve into the Rolling Stone article, I want to highlight a surprisingly easy and straightforward way to help you notice it.

Be very skeptical about any article that doesn’t include Black women with expertise.

I’ll expand on this suggestion with some additional techniques at the end of this article, after looking at the erasure in more detail, and briefly discussing one of the other problems it leads to.  First, though, let’s start with the Rolling Stone article’s positive aspects. 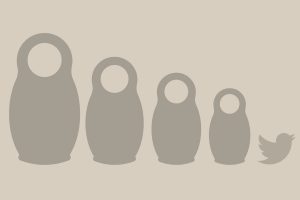 In That Uplifting Tweet You Just Shared? A Russian Troll Sent It, authors Darren Linvill and Patrick Warren highlight the threat of disinformation.  The article does a good job of showing how “professional trolls” like Russia’s IRA start by building trust by sharing tweets and links their target audience agrees with, before mixing in disinformation.  As Linvill and Warren say,

Effective disinformation is embedded in an account you agree with

This isn’t a new observation.   Shireen Mitchell’s 2018 report How The Facebook Ads that Targeted Voters Centered on Black American Culture, for example, similarly notes the IRA’s initial ads were “designed to build a trusted community of Black and Latino voters” before pivoting to focus on digital voter suppression, a topic she continues to focus on in her ongoing work.   Still, it’s a very important point, and one that a lot of people tend not to think about.

It’s easy to assume that just because an account is tweeting things you agree with, it’s on the same side as you are … but that’s not always the case.  Don’t trust a Twitter account just because it’s got some good tweets. 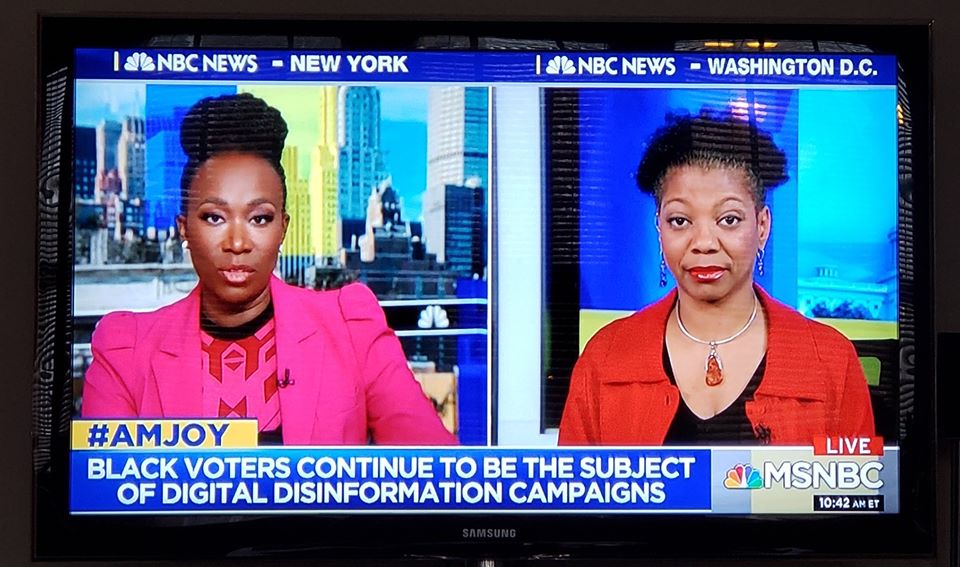 The Rolling Stone article’s examples, both of fake accounts impersonating Black women, highlight another valuable takeaway.  Of course, accounts of any race and gender can be faked and used for disinformation, so it would have been helpful to include some other examples as well; Linvill’s explanation of why they didn’t (in response to a question from Sabaah Folayan) is, as he admits, unsatisfying.  Still, as the Senate Intelligence Committee’s report discusses, Black Americans were the group targeted the most by Russian social media efforts in 2016, and they’re still doing it.

So it’s important to be aware that “impersonation” is one of the techniques manipulators use.

Again, though, this isn’t a new observation.  For example, impersonating Black women was discussed in

Which brings us back to the erasure.   None of this previous work is quoted or cited in the Rolling Stone article.  No actual Black women are mentioned.  The only hints of Black women’s existence in the article are the fake accounts used as examples.

One consequence of this erasure shows up when the discussion turns to how to combat this kind of disinformation.  The Rolling Stone article doesn’t even discuss the techniques which Black women have been developing and refining for years.  The authors instead suggest teaching “digital civility.”

Hey, you know what ISN’T the issue here? Civility. How could it be? Per this SAME piece, trolls are GREAT at mimicking semi-civil discourse.

Conversely, as Black women including Ijeoma Oluo, Jamilah Lemieux, Kintanya Harrison, @sassycrass, @AngryBlackLady, and many others have noted, “civility” is a club that’s often used to attack Black women and other people of color.  One way this plays out on Twitter, Facebook, and other social networks is that dissenting voices, particularly those of people of color, are routinely dismissed as Russian bots or trolls.

So the authors’ suggestion of “digital civility” as a remedy to disinformation isn’t just unhelpful.   It actively aids the Russians in their goal of stoking racial dissent.  It’s a good example of a point that Shireen Mitchell and Whitney Phillips discussed last month: when discussing disinformation, white journalists who don’t face the same daily threats as people of color:

tend to add to the harms because they are not affected by it but also don’t know the nuances enough to tell the story effectively. 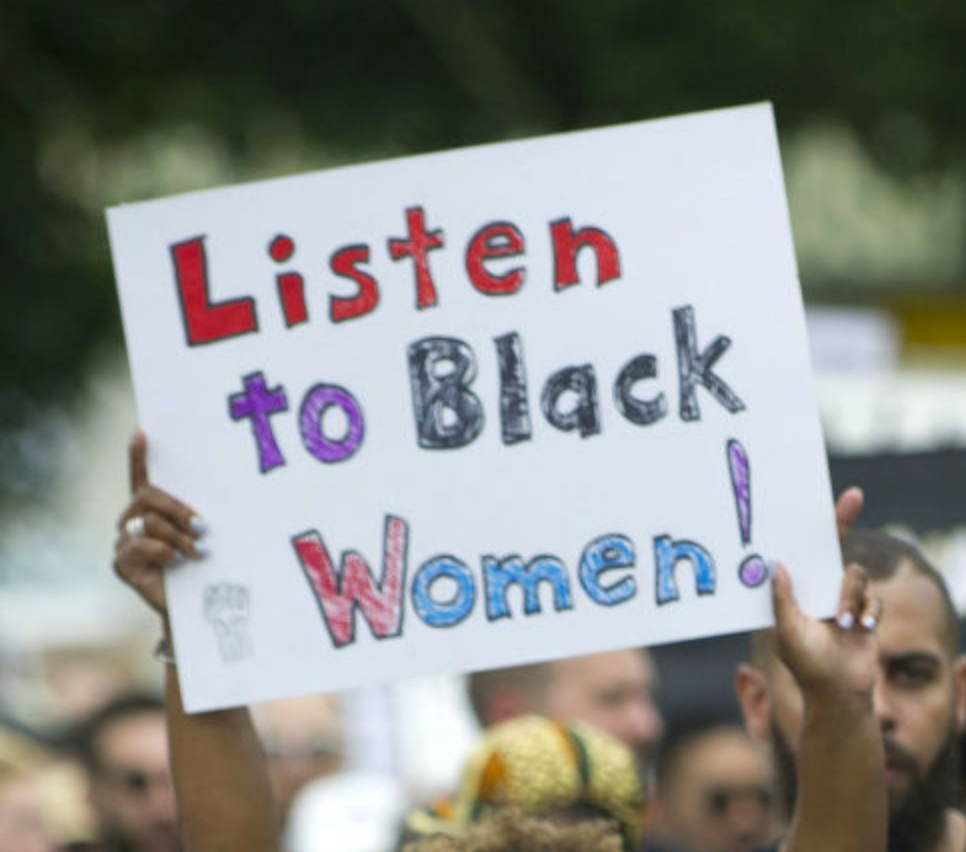 Unless you’re an expert in disinformation techniques, you probably weren’t aware of the previous work that Black women have done on this front — it hasn’t received very much media attention.  As Manipulation Machines points out, too many journalists aren’t connected to the communities where this work is being done and discussed, so they tend not to write about it.

Still, you don’t need to be an expert to notice that Black women weren’t mentioned in an article about impersonating Black women. Here’s three straightforward techniques have helped me a lot.

Fortunately there are journalists who do feature the work of Black women.   So here’s a few additional suggestions:

It’s also worth highlighting that there’s often the same pattern of erasure and disinformation with other perspectives that are usually marginalized. So it’s worth rereading the bullet points above, and whenever you see “Black women”, also think about how these suggestions apply to trans, queer, and non-binary people, disabled people, and other groups that are often both erased and targeted with disinformation.

I certainly do agree with the authors of the Rolling Stone article that dealing with disinformation being created and distributed with the skill that foreign and domestic actors have today is new ground for most of us.  Digital voter suppression focused on Black voters is going to be a key battleground in the 2020 campaign.  As Shireen Mitchell recently said on Facebook, discussing her appearance on Joy Reid’s MSNBC show:

We got work to do.

Now’s a good time to start.

Thanks to Toshiye, Candace, Shasta, Dragos, Deborah, Jacquie, and everybody else who gave feedback on earlier drafts of this article!