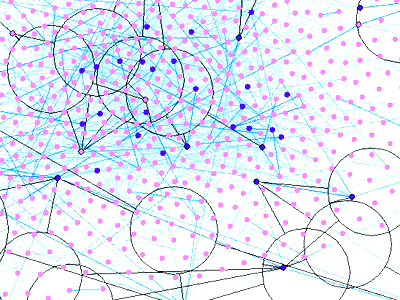 A pair of recent papers highlights how today’s social networks not only reflect societal biases, but can actually amplify them.

Ana-Andreea Stoica et. al.’s Algorithmic glass ceiling in social networks: the effects of social recommendations on network diversity looks at the effect of “social recommendations” such as friend suggestions and people to follow, both at the theoretical level and empirically on Instagram.   The authors find that “prominent social recommendation algorithms can exacerbate the under-representation of certain demographic groups at the top of the social hierarchy.”  More specifically:

Our mathematical analysis demonstrates the existence of an algorithmic glass ceiling that exhibits all the properties of the metaphorical social barrier that hinders groups like women or people of colour from attaining equal representation.

One would a priori expect similarity metrics, usually the basis of recommender systems, to contribute to sustaining disparities among various groups. We show much more: using empirical evidence from newly collected data on Instagram and a rigorous analysis of mathematical models, we prove that prominent recommender algorithms reinforce the rate at which disparity grows.

The first couple of sections of the paper are a quick read, after which it gets into some heavy-duty math.   Fortunately, Kim Martineau’s How Social Networking Sites May Discriminate Against Women on Columbia News, is a good summary; and Adrian Collyer, on the ACM’s The morning paper, walks through the paper in detail.

The underlying dynamic here of homophily — people’s tendency to prefer to interact with people similar to themselves — isn’t new.  Neither is the idea of a “glass ceiling” in social media,*  or realization that algorithmic recommendations reflect societal biases.**   What’s important about this paper is both the formal model and the experimental results showing bias amplification.

Meanwhile, Nikki Usher et al‘s Twitter Makes It Worse: Political Journalists, looks at “beltway journalists’ peer-to-peer relationships on Twitter—or how journalists use the platform to legitimate, amplify, and engage each other,” and similarly finds substantial evidence of gender bias.  In particular:

Most alarming is that male journalists amplify and engage male peers almost exclusively, while female journalists tend to engage most with each other.  The significant support for claims of gender asymmetry as well as evidence of gender silos are findings that not only underscore the importance of further research but also suggest overarching consequences for the structure of contemporary political communication.