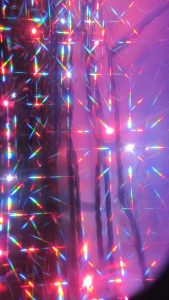 Back in 2005, in Computer Science is Really a Social Science, I wrote

If you look at the kinds of problems we are trying to solve now (bunches of different aspects of the security problem, privacy, usability of pervasive computers, changing business models, e-voting) it seems pretty clear that the key issues relate to people and the way they communicate and organize themselves … in short, the domain of social sciences.

Wikipedia defines social computing as “an area of computer science that is concerned with the intersection of social behavior and computational systems.”  Originally, the term social software was used as umbrella term to include email, blogs, social network services, instant messaging, wikis, and so on. These days, it’s hard to think of any significant software that isn’t social.

It’s the social aspects of computing where the changes I discuss in Software, Diversity, and Culture will have the biggest impact.  Consider social network sites.  To date, the (mostly cis, straight, male) developers of major social network sites haven’t ever seriously considered the problems of trolling, harassment, and bullying up front as part of their design – and when they do try to tackle the inevitable problems, their solutions are often fairly ineffectual and the culture proves hard to change.  Diverse queer, trans, and woman-led teams are much more likely to consider these issues up front and the solutions they come up with are likely to be better for everybody.

Looking at it in a complementary way, diverse teams and teams that prioritize inclusions have some different needs.  Think about communication and collaboration software in general.  Why doesn’t any of it help people avoid unintentional microagressions, or easily point out microaggressions they see in a way that’s most likely to lead to a positive outcome?  Well, that’s not really a priority when you’ve got a relatively homogeneous team that isn’t prioritizing inclusion.  But as priorities change, this kind of functionality will become more important.

And while we don’t often think of it that way, software engineering is also an example of social computing.  Github and Stack Overflow make a huge difference in the day-to-day life of software developers; and yet, like virtually all the programming tools we use, they were initially created by an overwhelmingly-male team, and the vast majority of users are guys as well.  How can they evolve to serve the more diverse developers who are joining the community – and what new solutions will complement them?

At a deeper level, all the broadly-used programming languages today have been designed by guys, and virtually all have been deisgned by Americans and Europeans (Ruby being the only major exception that comes to mind).  What other possiblities are out there?