You are here: Home / Diversity / How does it look through their eyes?

In mid-October 2016, not long after a video surfaced with Donald Trump boasting about committing sexual assault, Peter Thiel made a $1.25 million contribution to his campaign.

Discussion ensued, largely focusing on Thiel’s involvement with Silicon Valley accelerator and investment firm Y Combinator, where he’s an unpaid part-time partner and his friend Sam Altman is CEO; and with Facebook, where he was an early investor and remains a board member.

Should Y Combinator and Facebook cut ties with Thiel?

If they don’t, what (if anything) is an appropriate response?

Here are a handful of news articles with the details.

What lens are you looking through?

Many people in the tech word have strong opinions on the subject. A lot depends on the lens you look through – the essence of standpoint theory. For example, women in tech often see things differently than guys. And the differences are even greater between black, Latinx, Asian, multiracial women (and other women of color) and white guys.

So here are some perspectives from various women in tech – tweets, articles, and other public posts. It’s in chronological order, from October 15 through October 24. Of course, it isn’t an exhaustive list. It’s based on what I saw from the people I follow on Twitter and Medium, my friends on Facebook and other social networks, discussions on Hacker News, links from TechMeme, and what I found with Google and Twitter searches.

How does it look through their eyes?

Ask me again why diversifying tech is critical.

Tech leaders: when you make excuses for Peter Thiel for supporting Trump, we hear you. Women and ppl of color are taking notes.

Always use his full name, it’s Peter “the extension of franchise to women has rendered the notion of capitalist democracy an oxymoron” Thiel

how some people are behaving towards Peter is appalling and unloving. Some even hostile…. it’s easy to take the popular route, to bash a minority opinion. It’s harder to have an open mind and find love and compassion.

Let no person who claims to give a damn about diversity and inclusion in one breath even begin to support & apologize for Thiel in another. 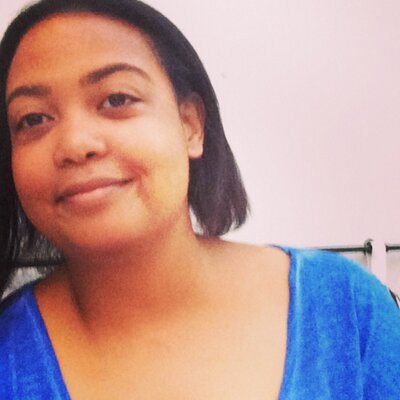 Love @ycombinator & @sama but I have to respectfully and wholeheartedly disagree with their Thiel reasoning …and @sama, w/all respect, you absolutely know that ‘supporting’ and investing $1.25m to a racist, sexist, sex offender is not the same

What if, instead of wondering how on earth Thiel could support Trump or Trump support Thiel, we consider how they’re quite well-aligned and how the technologies we’re adopting in education are shot through with this very ideological affinity?

If diversity is truly a company value, the choice is clear: Mark Zuckerberg should remove Thiel from the board and the company should sever ties with him. Allowing Thiel to maintain his seat demonstrates hostile disregard to minorities in tech, minorities at Facebook and every minority who uses the social network — not to mention anyone who supports freedom of the press.

Melanie Ehrenkranz in Peter Thiel’s seat on Facebook’s board puts its commitment to diversity in question on mic.com

This isn’t a disagreement on tax policy, this is advocating hatred and violence…. Thiel’s actions are in direct conflict with our values at Project Include. Because of his continued connection to YC, we are compelled to break off our relationship with YC. We hope this situation changes, and that we are both willing to move forward together in the future. Today it is clear to us that our values are not aligned.

Ellen Pao for Project Include in Peter Thiel, YC, and hard decisions on Medium

This notion of ‘we should talk to each other more, not less’ is such a privileged white male point of view that it hurts. Not only does talking rarely work to change views (as has been proven), but it assumes people haven’t *been* talking.

Talk to people you think are borderline. Donate to orgs working to help & support in public. Volunteer. Oh & don’t condone people giving $$ to someone who terrorizes & encourages the terrorizing of people. Any people.

Tinu Abayomi-Paul on Twitter
in response to Madeline Donohue’s question “How can I make a difference?”

Wanted to quickly say that 2 nights ago was the last time I’m sending founder recommendations to YC until they cut business ties w/Thiel.

Let me give you insight into my 2016: marked increase in outright racist remarks. Yes, here in Silicon Valley. And not just “mean” racist, but cruel, hateful, “if it were legal I would shoot you dead right now for existing” racist…. You’re hearing “disgusting” when I’m saying “existential threat.” I’m not just disgusted, I’m scared for the lives of me and mine.

Erica Joy on Twitter in a conversation with Sam Altman

Keeping someone like Thiel in a leadership position signals to underrepresented groups that this may not be a welcoming place.

Tolerance of the Facebook board member supporting Trump’s divisive campaign reveals an industry where actions don’t match the mission.

NO, this isn’t about one rich man, some bad political judgment and “gosh, what are we gonna do?” This is about wondering if those who talk a good game about diversity and inclusion are willing to make the *corresponding, logical business* decisions it takes to GET THERE.

Your actions against Y Combinator should not represent other women or minorities in tech like me…. Please do not count me in on your seemingly endless war with men in tech. I simply do not care to expend the energy.

One of the reasons why Digital Undivided interacts with SV on a very limited basis. We saw VERY quickly that Silicon Valley wants diversity as long as they don’t have to do actually do anything.

One of the things I teach in the Ally Skills workshop is a concept in moral philosophy called the Paradox of Tolerance – in short, the one thing a tolerant society must be intolerant of is intolerance…. We all get to make a choice as to what constitutes “intolerable intolerance”. YC has made it clear that Thiel’s actions and words are tolerable enough to them to continue to give him power over people in their organization, and I find this unconscionable.

Guess what? Facebook, YCombinator, Mark Zuckerberg, Peter Thiel and Sam Altman are all on the same team and always have been.

Why would a publisher want a person with Thiel’s attitude toward the First Amendment representing its company?

When Thiel doubled-down and gave $1.25 Million to Trump’s campaign, Thiel was signaling to every man in Silicon Valley and the tech industry that you can keep harassing women, and he’ll have your back. Not only that, but he’ll fund you to be in positions of power, whether it’s in Washington D.C. or a startup company C-suite, where you will be free to make policies that make it difficult or impossible for women to exist, much less succeed, in STEM.

We need to choose courage over fear. Silicon Valley needs to stand up and take responsibility to not just do what’s expected, but to go beyond and choose do what’s right. Even if that means losing some connections and funding.Representation matters both ways: for underrepresented groups to see people who look like them, but also to not see people who openly advocate for misogyny, racism, white supremacy and violence.

Katie Zhu in Peter Thiel donated big to Trump. Why does the tech world still embrace him? in The Guardian

It’s laughable that Zuckerberg is keeping Thiel on Facebook’s board in order to cultivate a culture of “diversity” when Trump’s entire rhetoric is against it. Maybe, instead, Zuckerberg could direct his efforts into real inclusion by hiring more women and underrepresented minorities. Or inviting a single person of color to join its board.

If Peter Thiel were a Holocaust denier, would y’all still be like “but diversity of ideas!!1”?

Once and for all, any company defending their connection to Peter Thiel as he vocally and vigorously supports Trump is not embracing diversity. It’s making hollow excuses that show it doesn’t get the idea at all.

Davey Alba in No, Facebook, ‘Diversity’ Doesn’t Explain Your Support of Thiel in Wired

My rose colored mask has been yanked off this week. I actually thought that powerful people in Silicon Valley respected me if nothing else. Me as a gay black woman. That they would protect me. That they felt we were equal … but I’m learning no, they’d rather protect one rich, powerful silent man than millions of others.

As I said, this isn’t an exhaustive list;. If there are other links that should be here, please share in the comments – or tweet them to me at @jdp23.

With Thiel planning on giving a big speech on October 31 (and rumored to be making a bid for Twitter), and Trump launching a nightly Facebook Live video broadcast, I’m sure there’s a lot more that will be said about this complex situation. Stay tuned!