You are here: Home / Activism / (In)visibility on social media in the 2020 election, part 1: Kamala Harris and Higher Heights 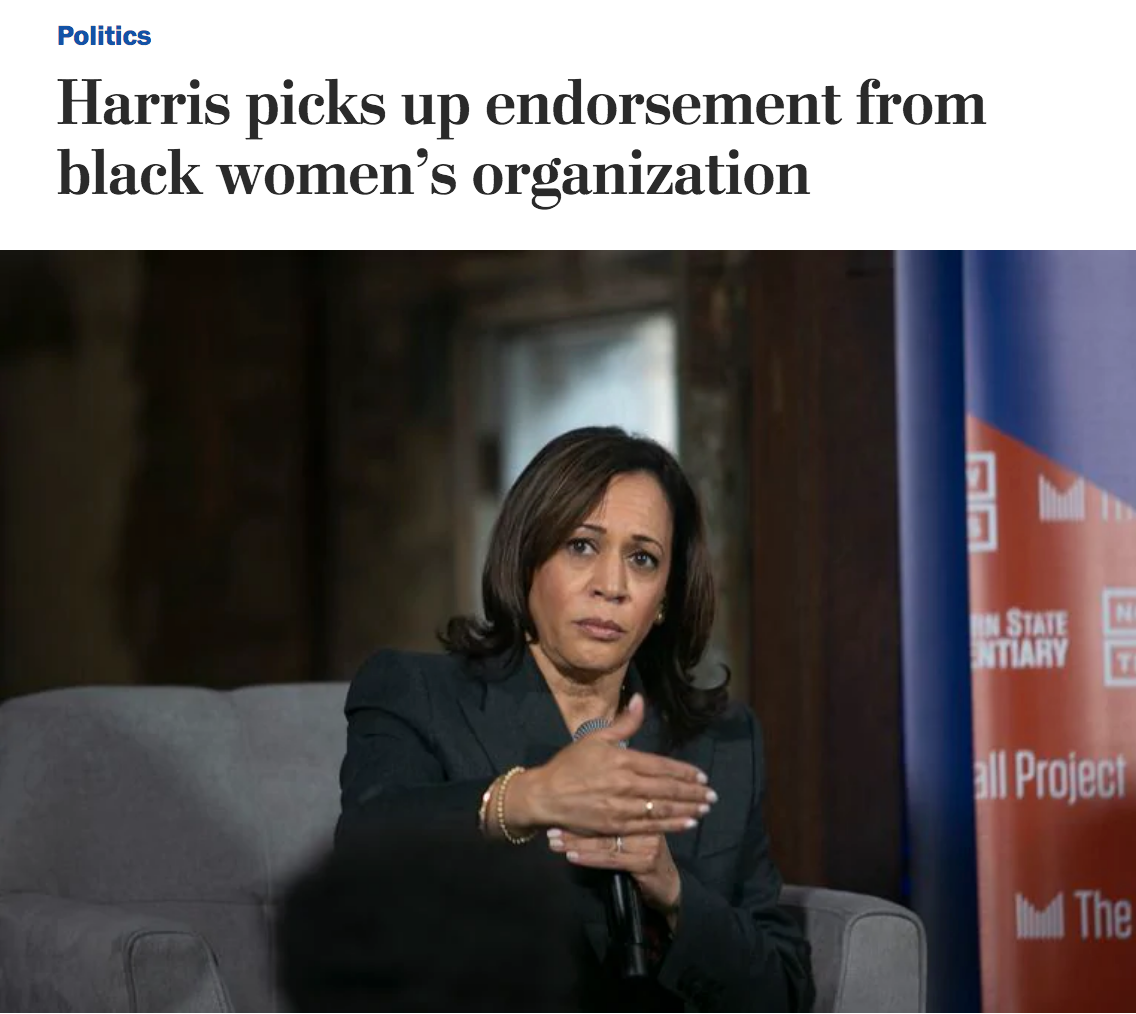 Higher Heights is the largest online political organization dedicated to harnessing, organizing and mobilizing Black women’s political power, with over 90,000 members. They’ve been building out the #BlackWomenVote campaign for over a year — and, most political analysts would agree, Black women are a major force in the Democratic Party.

So even though Higher Heights endorsement of Sen. Kamala Harris wasn’t the only significant endorsement that was announced last week, it’s a pretty big deal.

Here’s what I get when I search Google news for “Kamala Harris endorsements”: 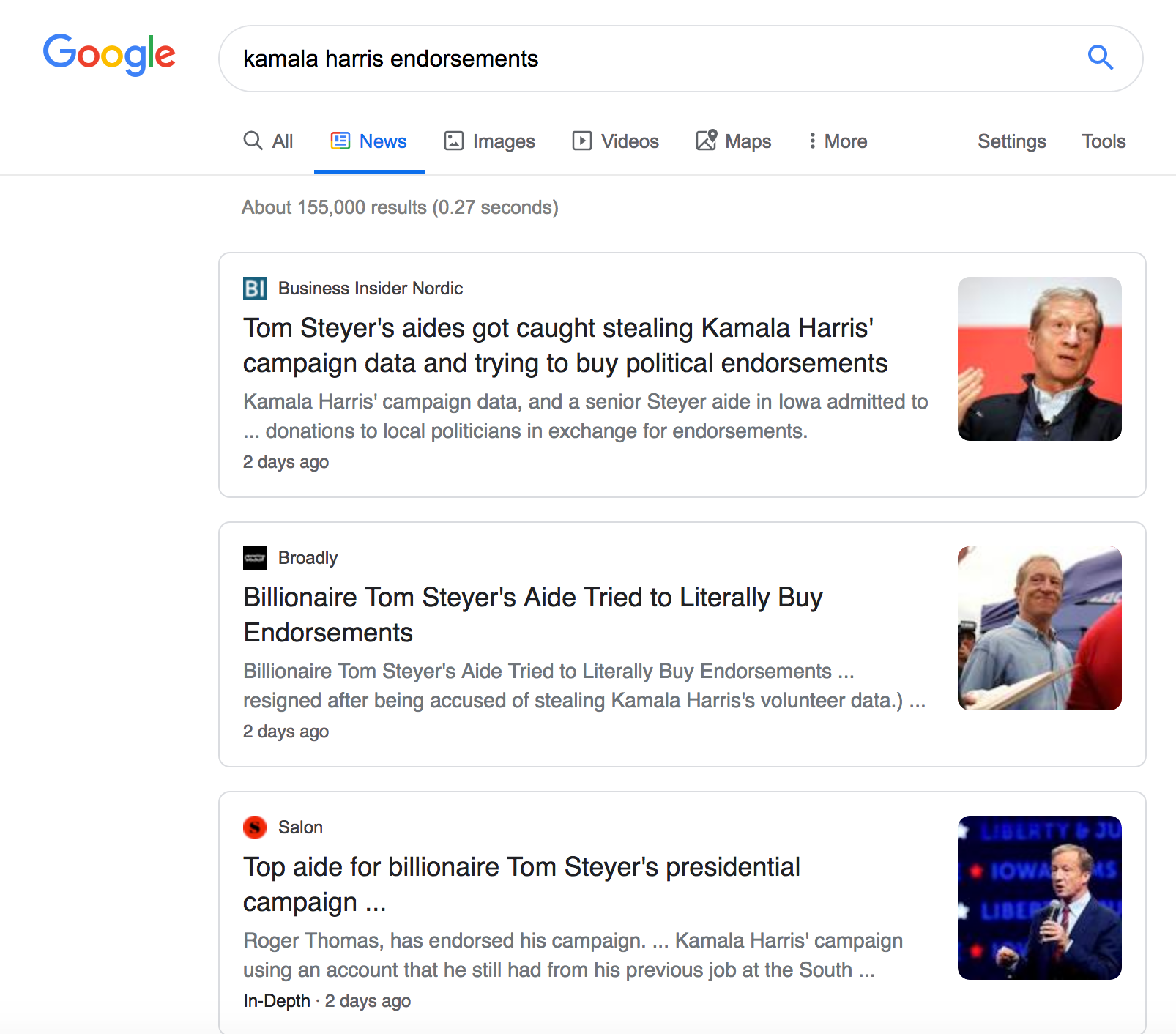 And here’s what I get from doing the same search on reddit: 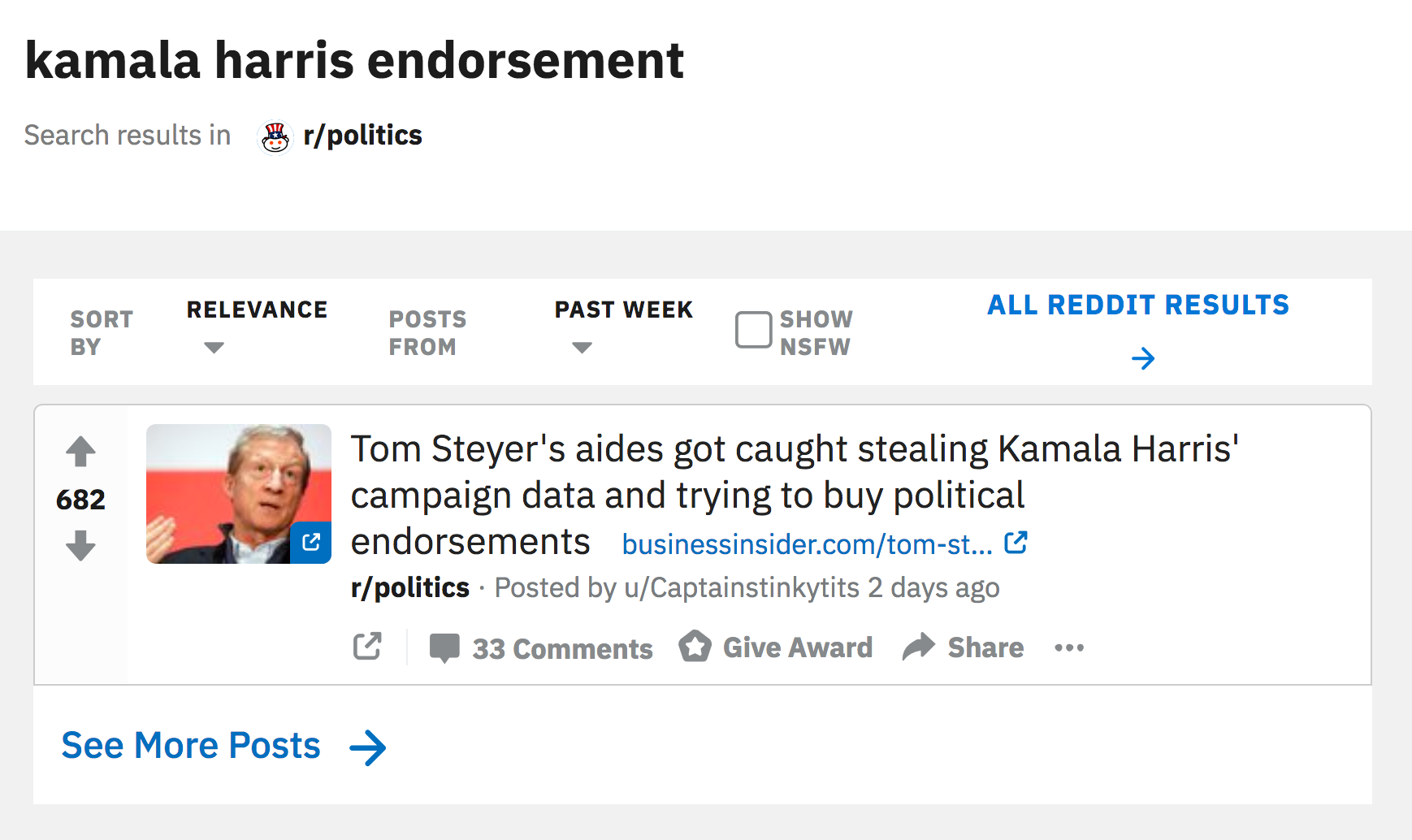 It’s a great example of a dynamic Courtney Swanson highlighted in White Out: The Unrelenting Quest to Erase Kamala Harris

Kamala Harris is empirically mentioned less often than other candidates, even when there is every reason to center her in a news story.

Yeah really. And of course it’s not just Harris; Higher Heights is also getting erased here.

In my next post, I’ll look at another significant endorsement from last week. First, though, here’s Kamala Harris talking with Zerlina Maxwell and Jess McIntosh on Signal Boost on SiriusXM Progress. The tweet has a short video, and a link of to SiriusXM for the full discussion.

Missed @ZerlinaMaxwell & @jess_mc‘s chat with @KamalaHarris from this week? Especially the part where she talked about the ongoing media erasure of her campaign?