You are here: Home / Social Computing / To Save Tech, #ListentoBlackWomen 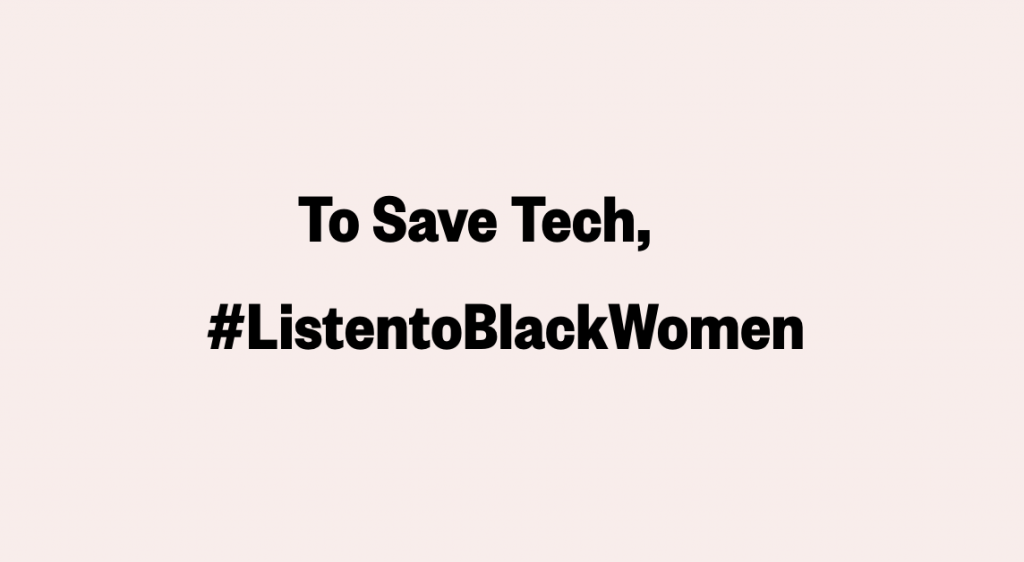 Community voting for the 2019 SXSW conference begins today, so I wanted to let people know about To Save Tech, #ListentoBlackWomen , a panel proposal by Shireen Mitchell of Stop Online Violence Against Women, Dr. Safiya Umoja Noble of USC (author of the excellent Algorithms of Oppression), and me.

The disinformation, hacking, harassment, recruiting to extremist causes that we saw online during the 2016 elections highlight patterns Black women have long called attention to. So do the algorithmic biases of search algorithms, facial recognition software, and ad targeting; and the woefully inadequate responses of big tech companies including their tendency to look to AI as a magic tech solution. Listening to Black women is a path for the tech industry to get beyond its history of aiding hate, racists, sexists, nativists, and anti-LGBTQ+ bigots, and move in the direction of justice, equity, diversity, and inclusion within the industry.

Please check out our proposal on the SXSW site. If you like it, here’s how you can support it:

SXSW says that community voting counts for about 30% of their decision. Since white guys have historically been overrepresented at SXSW (and Black women historically underrepresented), and most voters are past attendees, there’s a built-in bias against panels like ours. So even though it’s inconvenient, your support is greatly appreciated.

The good news is that once you’ve created the account and logged in, it’s easy to support multiple proposals! There are quite a few others that are interesting (and in many cases great complements to ours). For example:

Having said all that, here’s a bit more background about our proposal. The origin for this specific proposal was a Twitter Moment that Shireen put together a few months ago called Hacking of 2016 would have never happened had folks #ListenedToBW. All three of us have focused on the underlying issues in our presentations and writings. To get an idea of where we’re coming from, as well as the videos on the SXSW page, check out

And while you’re at it, look around the SXSW site for other interesting panels featuring Black women – and vote them up so that SXSW attendees can listen to them as well 🙂

Image credit: Jeff Swensen, Getty Images, via Kiratiana Freelon’s March for Black Women Organizers Want to Put Our Issues Front and Center During March for Racial Justice on The Root